Team SCB made it to the top ten in this year’s Interior Investments Aeron Office Chair Hockey Tournament. This was the firm’s fourth year participating in and supporting the tournament.

Interior Investments Aeron Office Chair Hockey Tournament began in 2006. What began as a whimsical, “what if?” has quickly evolved into a major industry event. Chairs typically hailed for their ergonomic virtues zip around the floor of Navy Pier’s Grand Ballroom, earning one team ultimate Chair Hockey glory and bragging rights for the year. Funds raised through the annual event benefit the Special Olympics Illinois State Floor Hockey Tournament held every November in Chicago. To date, more than $135,000 has been raised through the tournament. 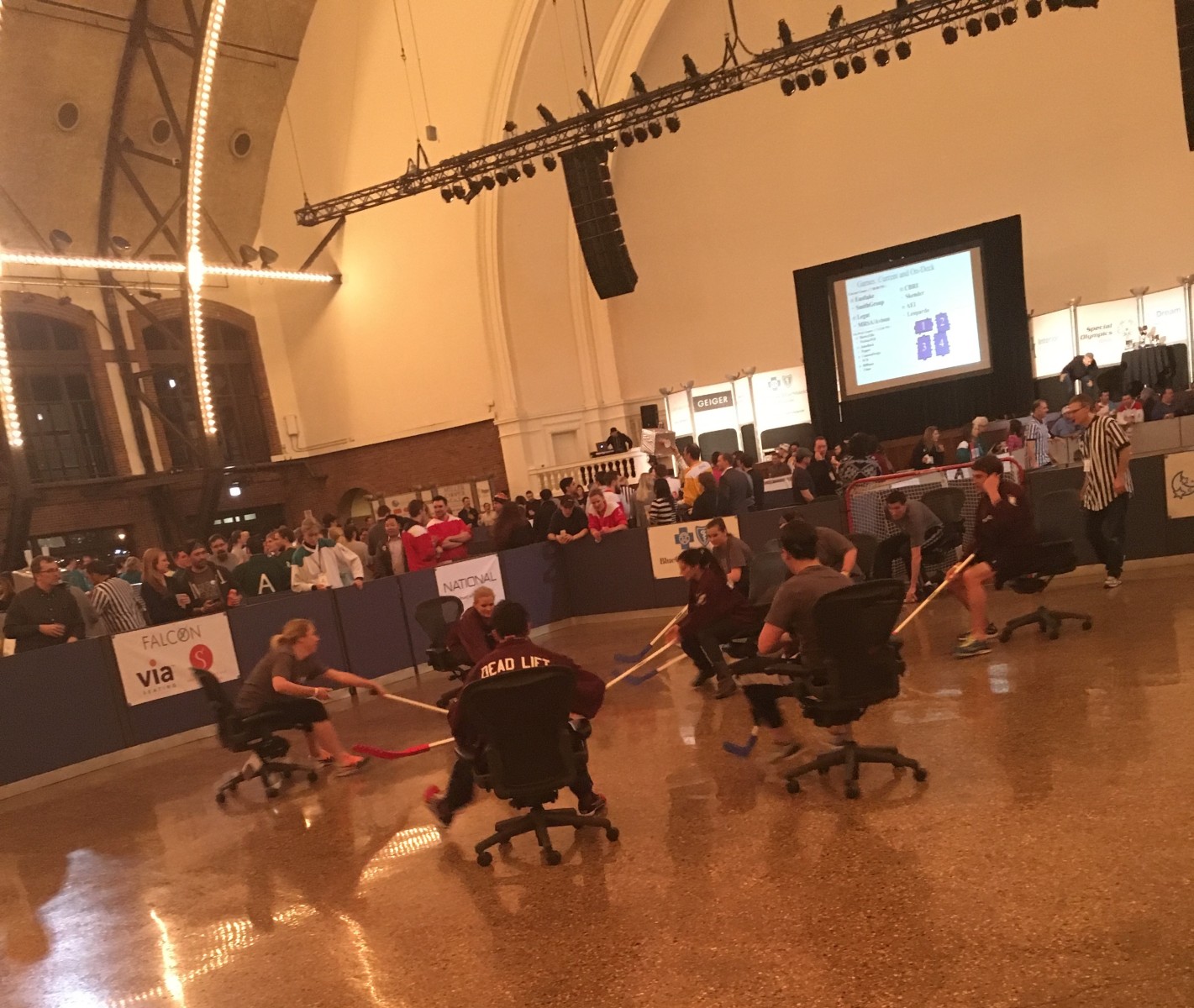