SCB is an architecture, interior design, and planning firm that practices nationally from offices in Chicago, San Francisco, Boston, and Seattle. Since 1931, SCB has made a lasting impact on the nation’s skyline, campuses, and neighborhoods, helping our clients across the country achieve their goals, serve their constituencies, and make their mark. 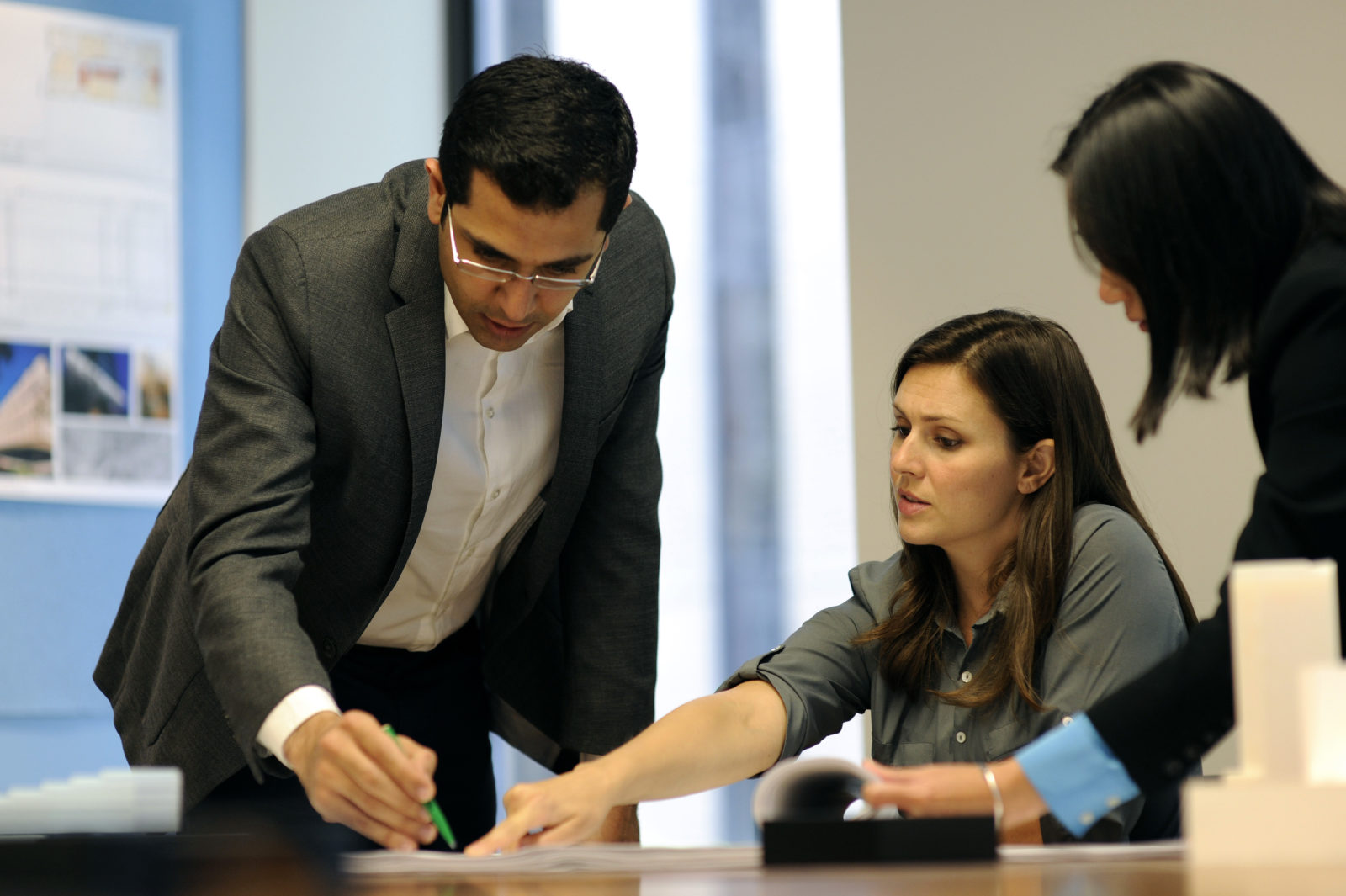 Our approach is to ask questions, listen, and apply our industry-leading standards and progressive creative vision to determine the best design response for each project. For us, context is key, inventiveness is crucial, and user comfort is king.

Our diverse practice includes multi-family residential, urban planning, commercial, hospitality, retail, corporate office, higher education, laboratory, and transportation projects. Our team is nimble, creative, and efficient. Our designs are responsive, responsible, and distinctive. We’ve won awards, but we’re not willing to rest on our laurels. We’re future-oriented, continually challenging ourselves to design to a higher standard, innovate at every level, and give our clients more through our commitment to elevated design.

Every project begins with a conversation. We work closely with our clients to understand their goals and interpret their vision.

A project isn’t successful until it’s delivered successfully. Our team has developed a strong reputation for seamless project management that ensures projects are delivered on time and on budget.

Real design solutions inspire. SCB’s work is tangible, and our projects strive to make positive contributions to people’s lives and the urban fabric.

Since its inception in 1931, SCB has embraced a future-oriented design ethos that places inventiveness and innovation at the firm’s core.

As the economy improved after the Great Depression, Lou and Irving Solomon saw an opportunity for growth by expanding the firm’s work into the residential market. Lou began acquiring properties along Chicago’s Lake Shore Drive and designing high-rise rental apartment communities. Meanwhile, Irving was the contractor and their sister Sylvia managed the projects. Through his foresight, Lou created a unique end-to-end business model for successful buildings that still stand today. Although now solely a design firm, the legacy of a design-build-operate approach laid the foundation for a design culture that understands and addresses all aspects a building’s needs for marketability, constructability, and operations. 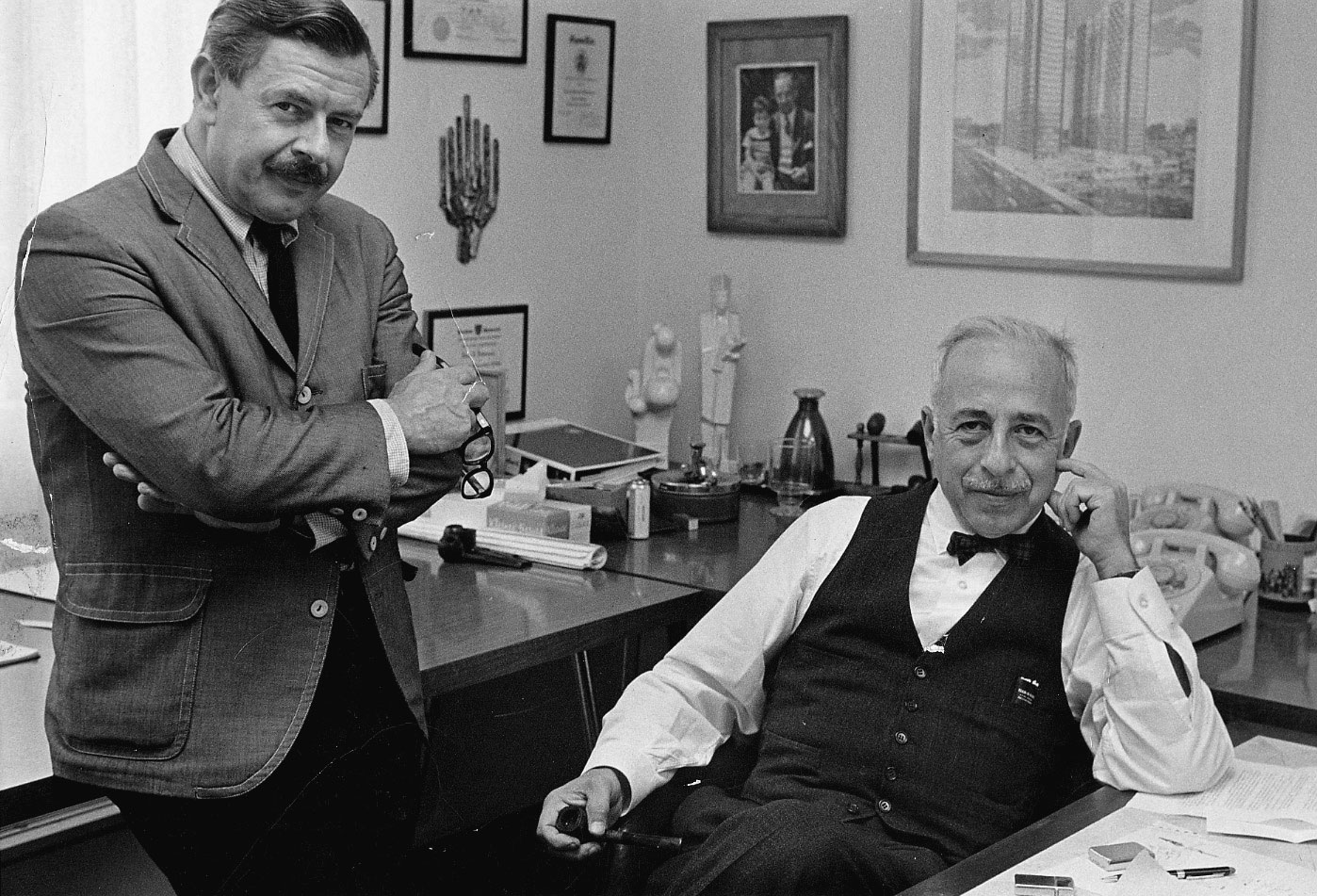 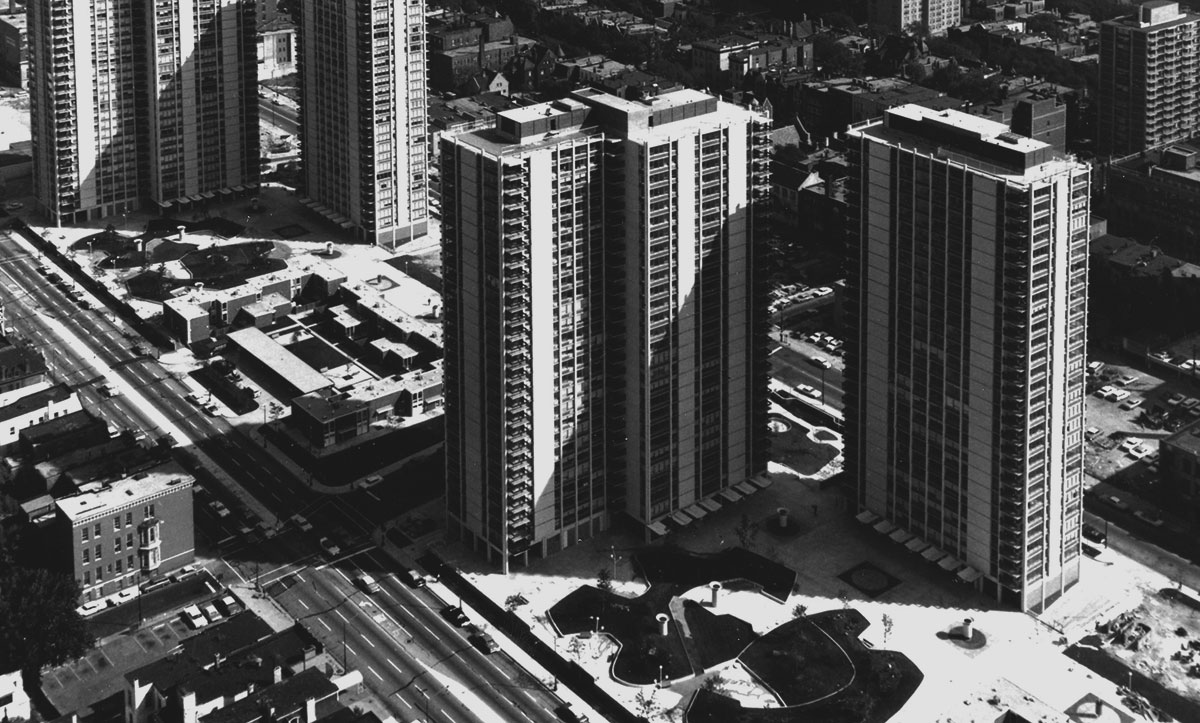 In 1956, Lou Solomon hired John Cordwell. An Englishman who fought as a bombardier in World War II, and whose experience in a Nazi POW camp was part of the inspiration for the movie The Great Escape, Cordwell had recently resigned as Chicago’s Director of Planning. During his tenure, he had been instrumental in convincing Mayor Kennelly to plan for mass transit trains down the center of the city’s new Eisenhower and Kennedy expressways.

In 1957, Solomon and Cordwell won a citywide competition to design Carl Sandburg Village. The final project comprised over 2500 units of market rate rentals with a mix of high-, mid-, and low-rise residential building types. With amenities like townhomes surrounding under- and above-ground structured parking and landscaped plazas, the project became a national model for urban redevelopment. A year later, when Solomon was on a business trip, Cordwell had new business cards made: L.R. Solomon and J.D. Cordwell & Associates Architects. The bold tactic solidified their partnership. 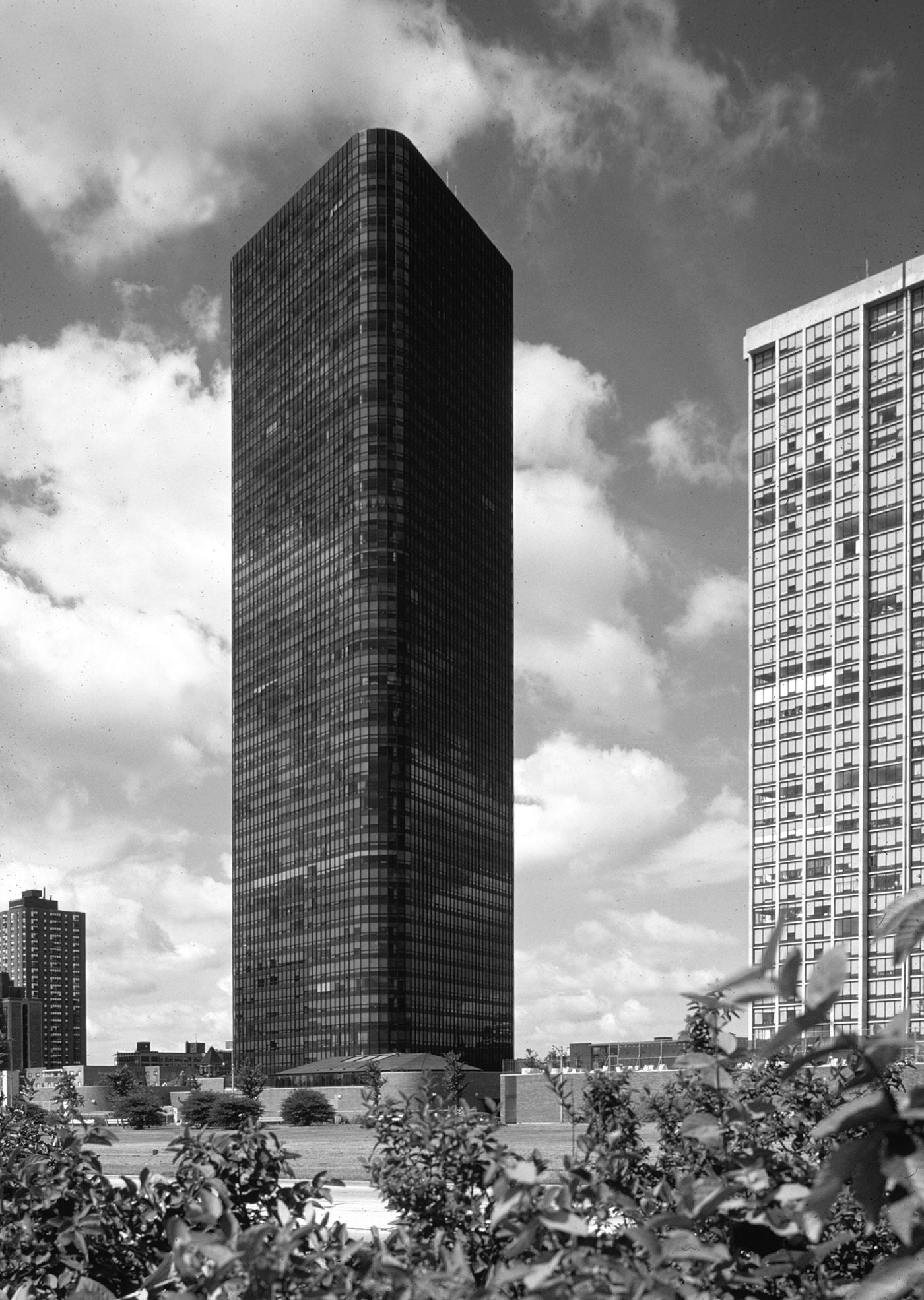 In 1963, John Cordwell hired the firm’s third partner, John Buenz. An apprentice under Eero Saarinen and Harry Weese, Buenz started as a design architect and was surprised when his name was added to the letterhead just five years later. Together, the three men set the foundation for what would become a powerful high-rise residential practice, one that still thrives today.

In the 70s, Solomon Cordwell Buenz expanded once more to begin working in the hospitality, office, and retail markets. The firm created inventive spaces that shifted market paradigms, as with the Crate & Barrel Flagship store on Chicago’s Magnificent Mile, whose design by Buenz redefined the character of this renowned retail thoroughfare. 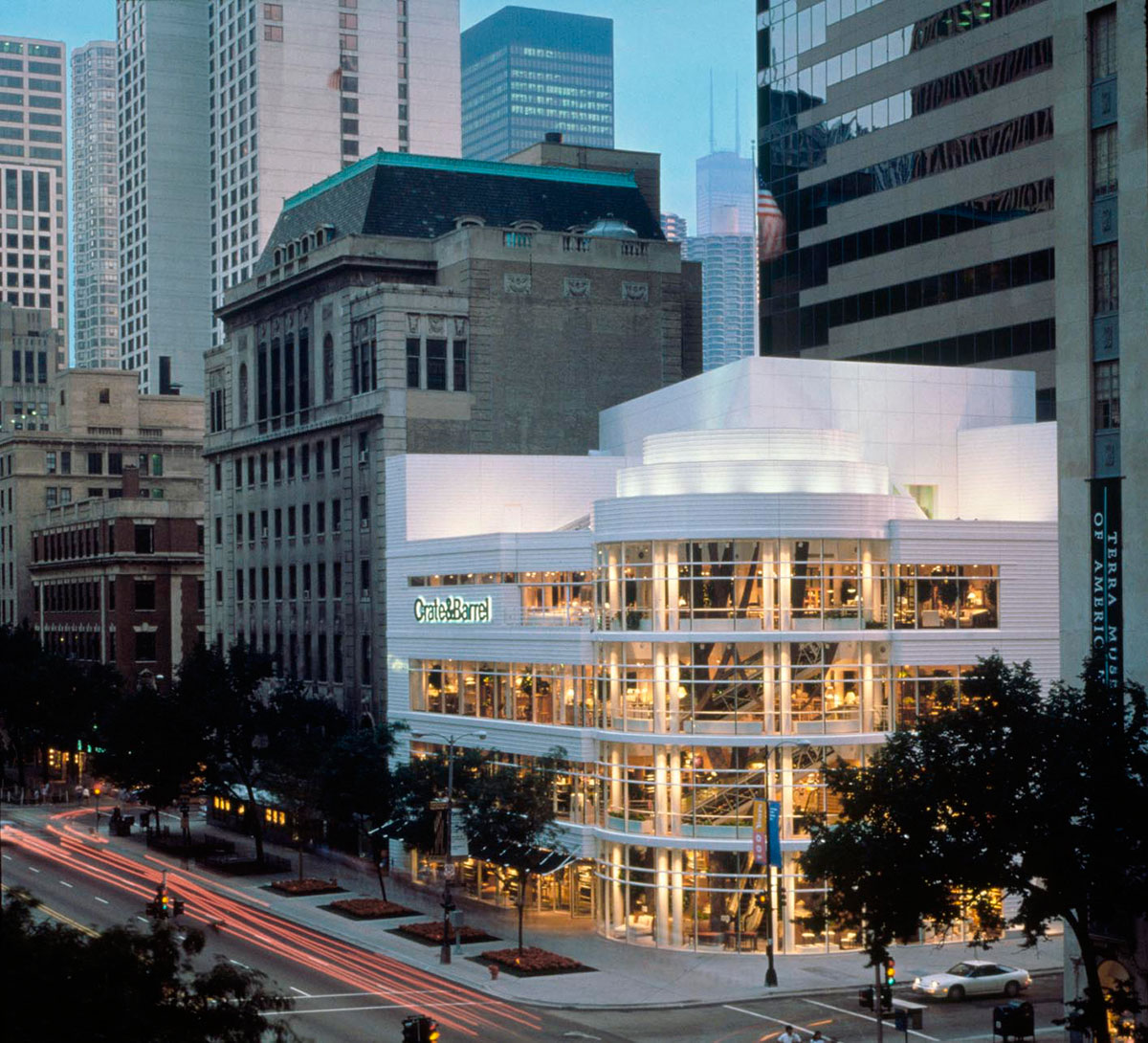 SCB continues to build on this legacy, boasting a staff of over 240 design professionals with more than 650 completed projects across a wide range of building types. In 2007, the firm opened an office in San Francisco, and since then has made extensive contributions to the city’s skyline and neighborhoods. The firm’s first project in San Francisco, One Rincon Hill, follows in the SCB tradition of using creative design tactics to deliver unique solutions. Designed as a catalyst for urban renewal, the slender tower’s 60-story height was made possible by integrating unique architectural and structural solutions for building in an active seismic zone.

Today we honor the spirit of our founders in projects all over the country that push the boundaries of design to deliver innovative, effective solutions ranging from architecture to planning to interior design. At 83, John Buenz still stops in to visit from time to time. When he does, he urges us to think outside the box and keep looking to the future by reminding us of the advice John Cordwell once gave him: “You’ve got to think laterally!” 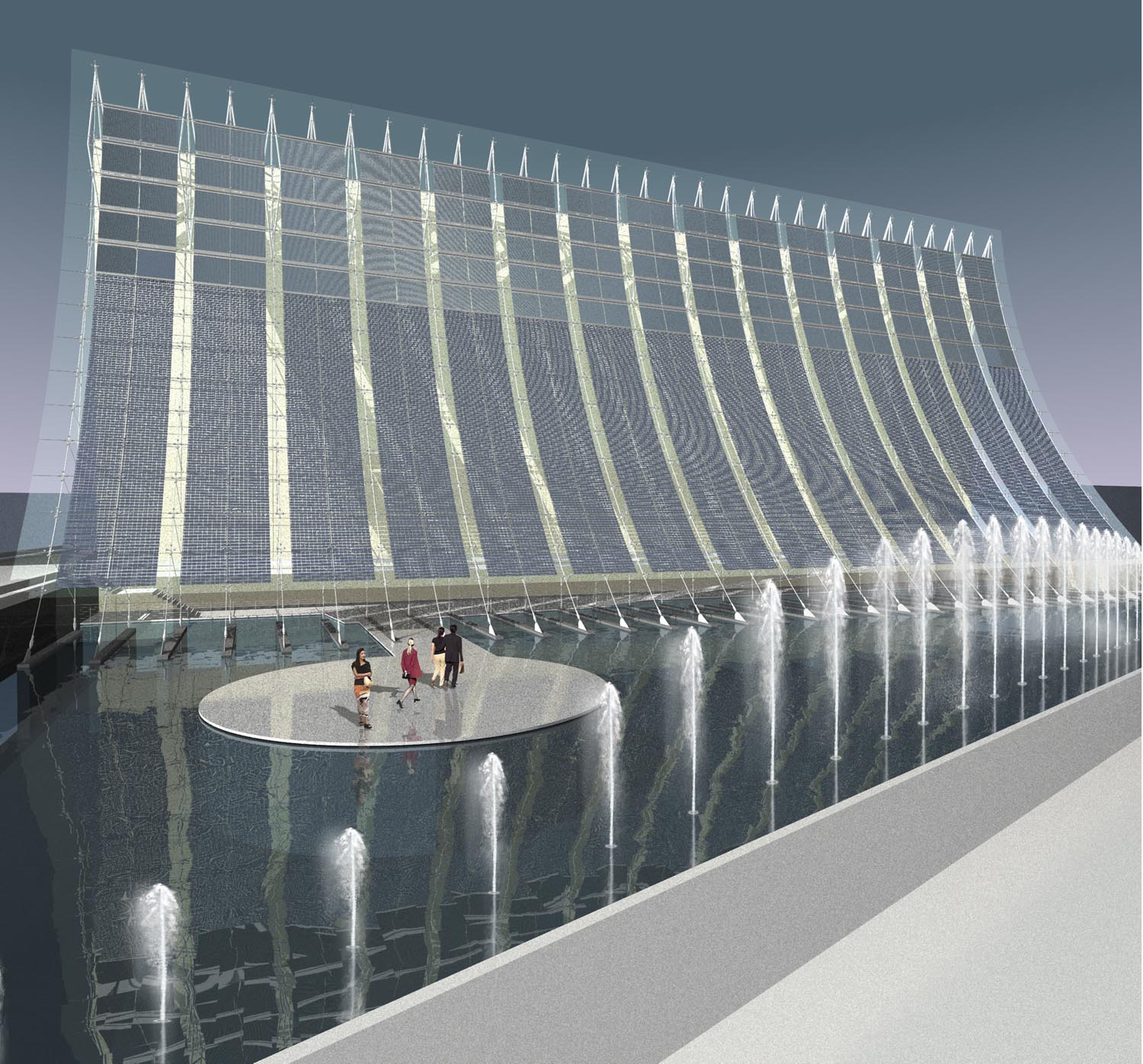 US Department of Energy
Sun Wall 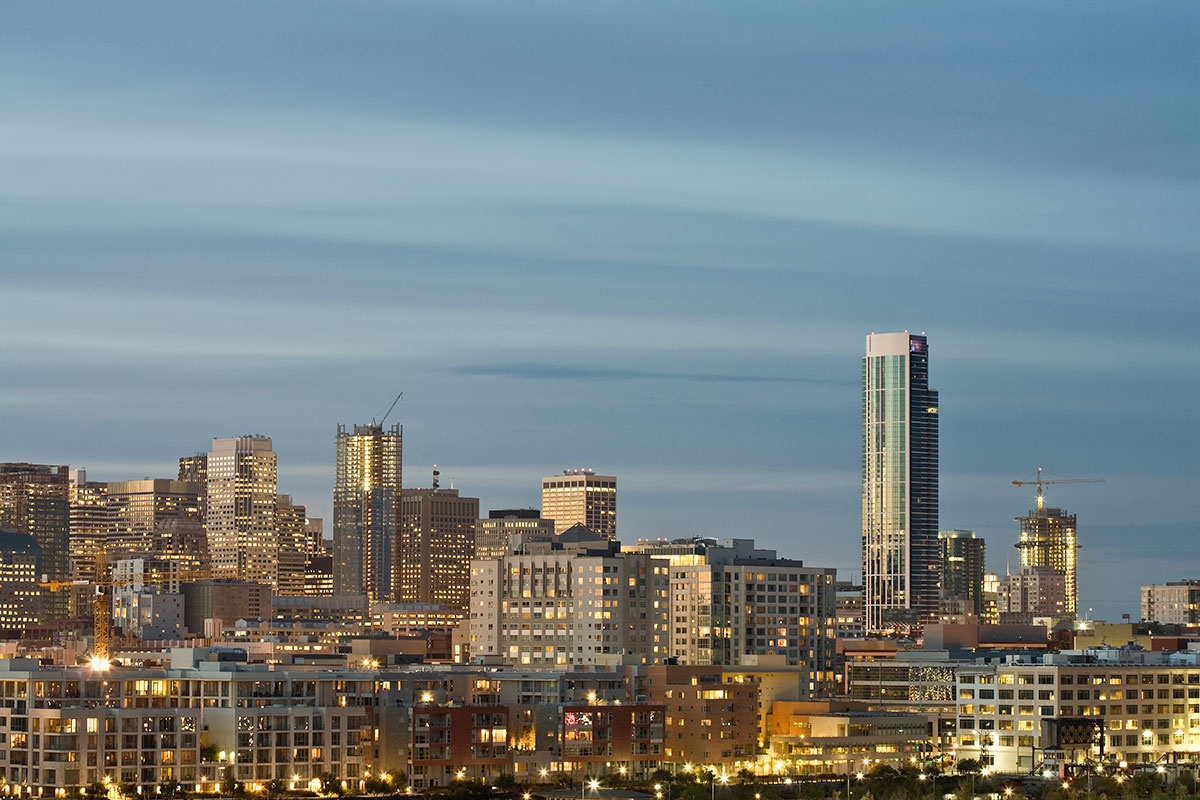