Rising elegantly above, the glass tower reaches 570 feet to an illuminated, angular crown, adding dynamism to the evolving LA skyline. The 56-story project includes 700 apartments, ranging from studios to two bedroom units. The massing of the tower is split in to three distinct volumes separated by the buildings amenity spaces: a large pool deck with cabanas and grilling stations on the 11th floor, a landscaped terrace with views to downtown and the Hills on the 39th floor, and a rooftop sky park. 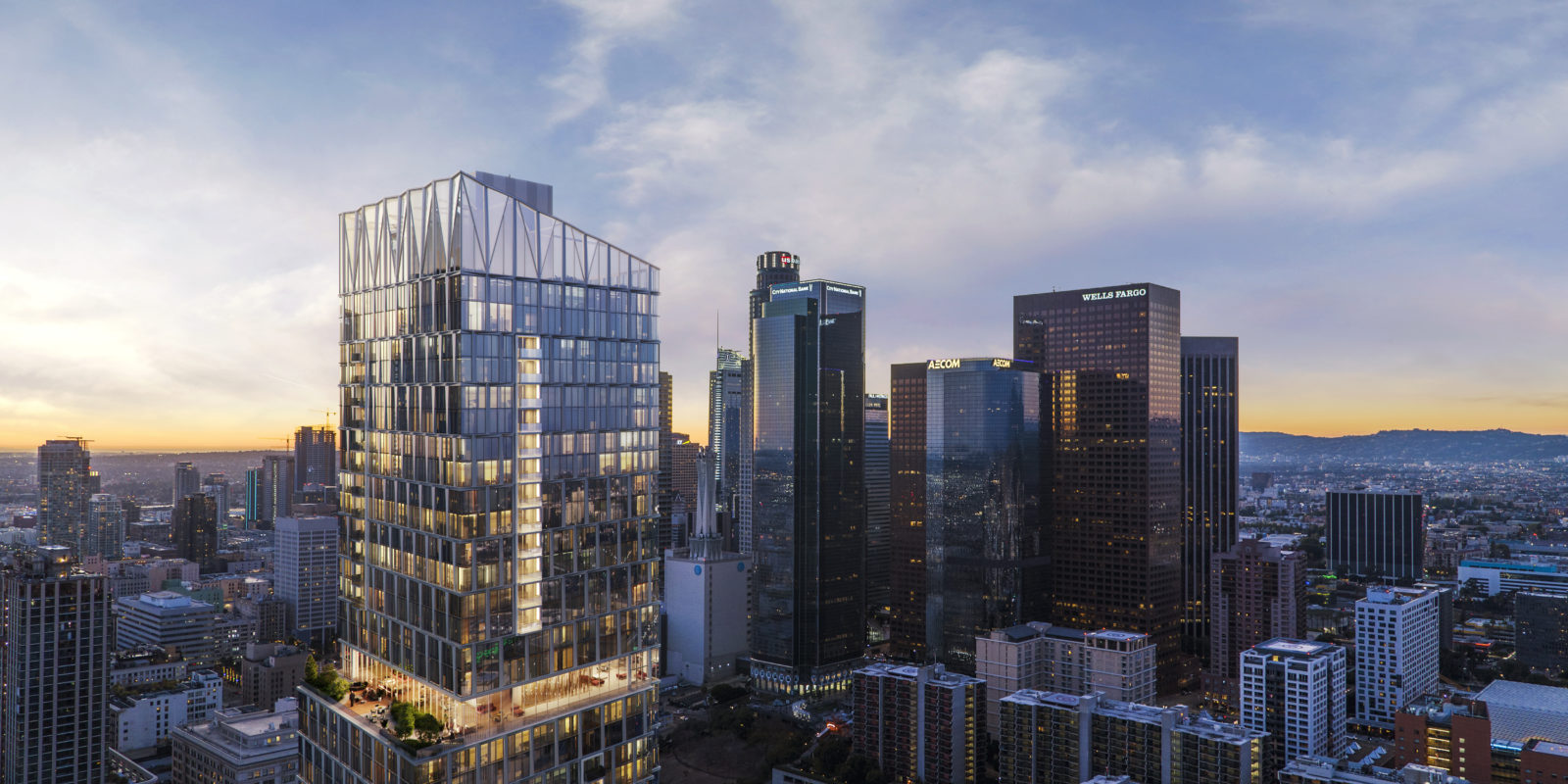 The design for the project demonstrates a thoughtful relationship to its context, responding to the existing character of the theater district. The scale and rhythmic expression of the base along Broadway offers a modern interpretation of the surrounding district’s masonry and punched-window historic facades. 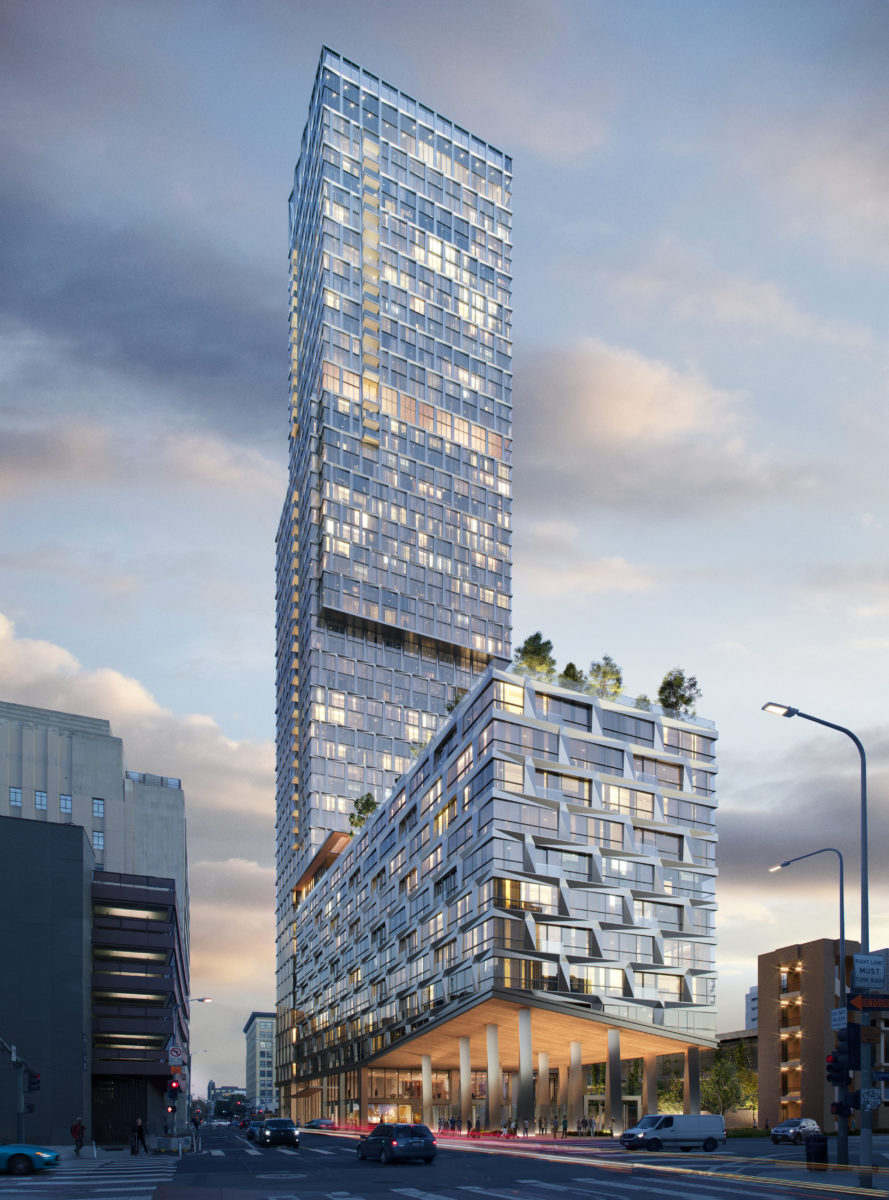 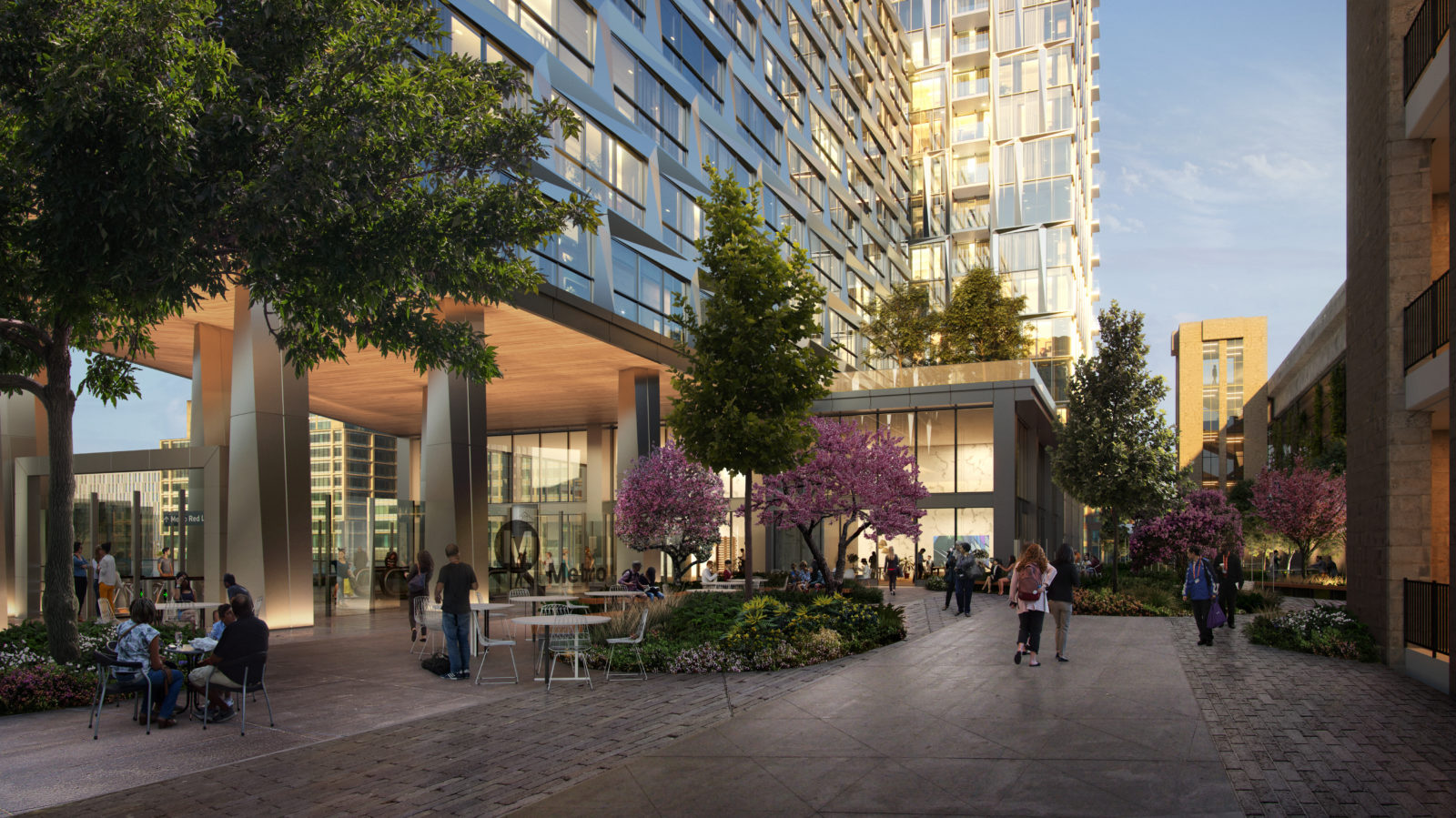 The existing paseo through the site is enhanced with 10,000 square feet of retail along with extensive landscape and streetscape improvements. At the corner of 2nd and Broadway the building lifts, gesturing to the new Metro Station beneath.