Marquee is the final component to Block 37, a mixed-use retail, office, and transit station development.

The project is an example of increased densification of a prime urban site in response to demand. The design team was challenged to design a residential tower over an existing (and fully operational) four-story retail mall and major underground transit station line. Working closely with the structural engineering team and the design/build team, the solution incorporates four, 27-foot-tall and 90-foot-long steel trusses and a six-foot-deep concrete mat that spans the width of the tower at the fifth floor, transferring structural loads to the perimeter to avoid conflicts with the existing conditions below. Ultimately, almost 800,000 square feet of residential space was added to the site.

The 41-story tower consists of 691 apartments and 33,000 square feet of one-of-a-kind indoor and outdoor amenity spaces on the fifth and 38th floors. On the exterior, similar undulating panels and patterns respond to the retail base’s design, effortlessly uniting the two structures. Both exterior and interior design elements draw inspiration from the iconic theatres in the surrounding area. A canopy entrance resembles a theatre marquee and leads into a lobby accented with film-inspired artwork, dramatic draperies, and striking light fixtures. 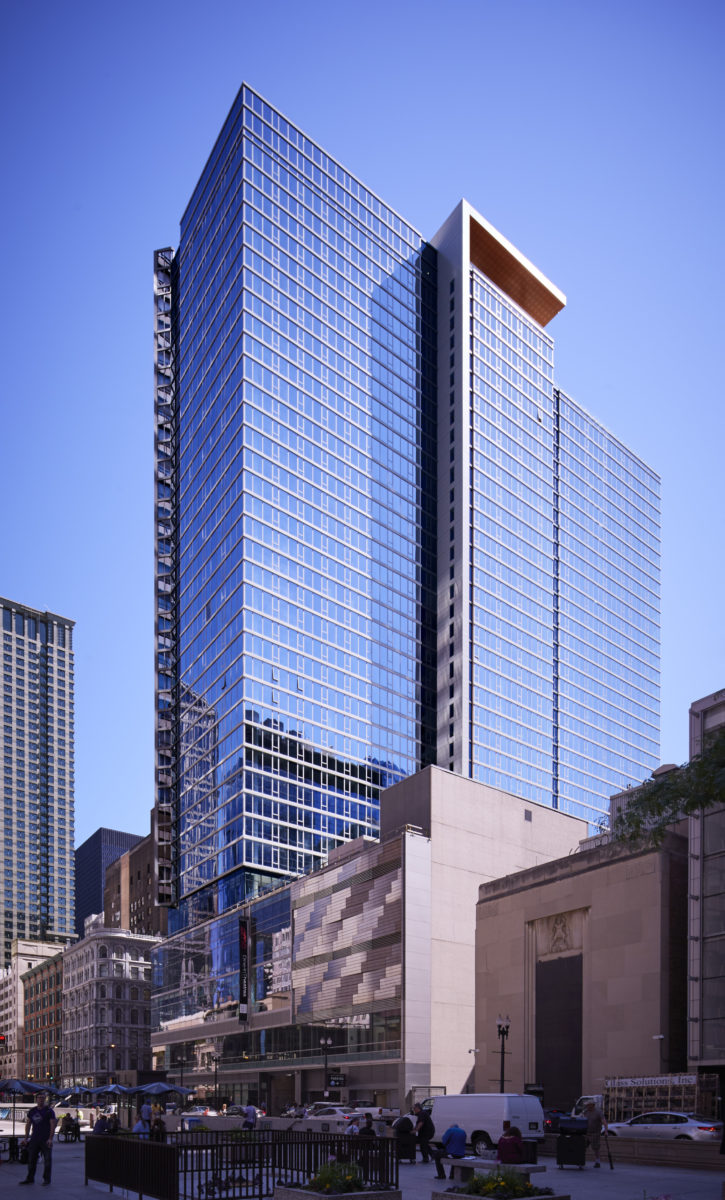 The site’s existing conditions posed significant design challenges. The east third of the tower is built over an existing, column-free, below-grade loading dock. To achieve building a tall tower without the usual foundation-level support, SCB’s design used four 27-foot high by 90-foot long steel trusses. The high-strength steel was manufactured in Luxembourg and then cut and milled in Green Bay, Wisconsin. The pieces were then trucked to Chicago and built on-site with bolted connections. The central third of the tower is built with conventional concrete, while the west third lies over a future high-speed rail tunnel. Due to the unique angle of the tunnel and clear span requirements, the concrete structure at the fifth floor is comprised of a six-foot transfer slab. 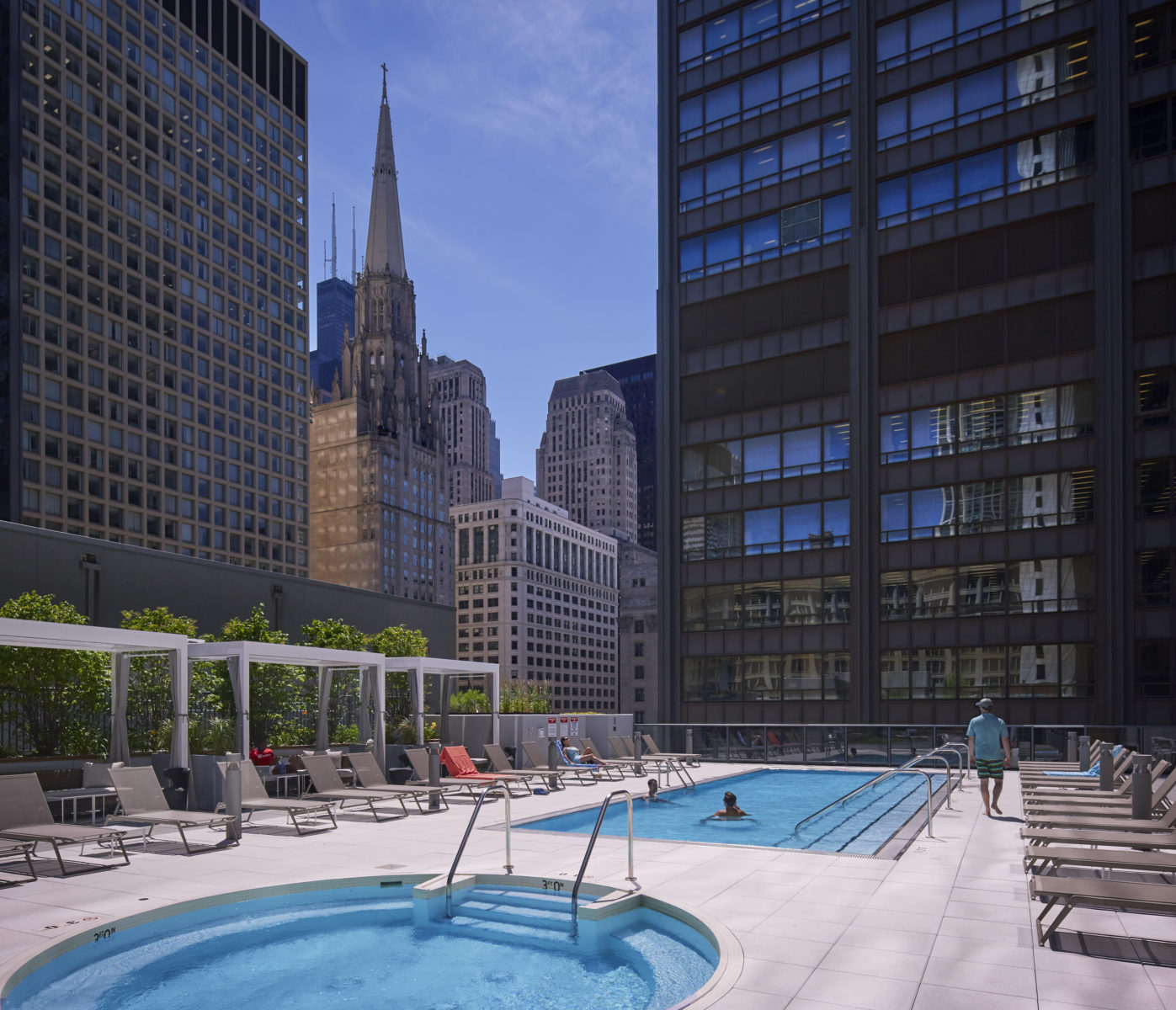 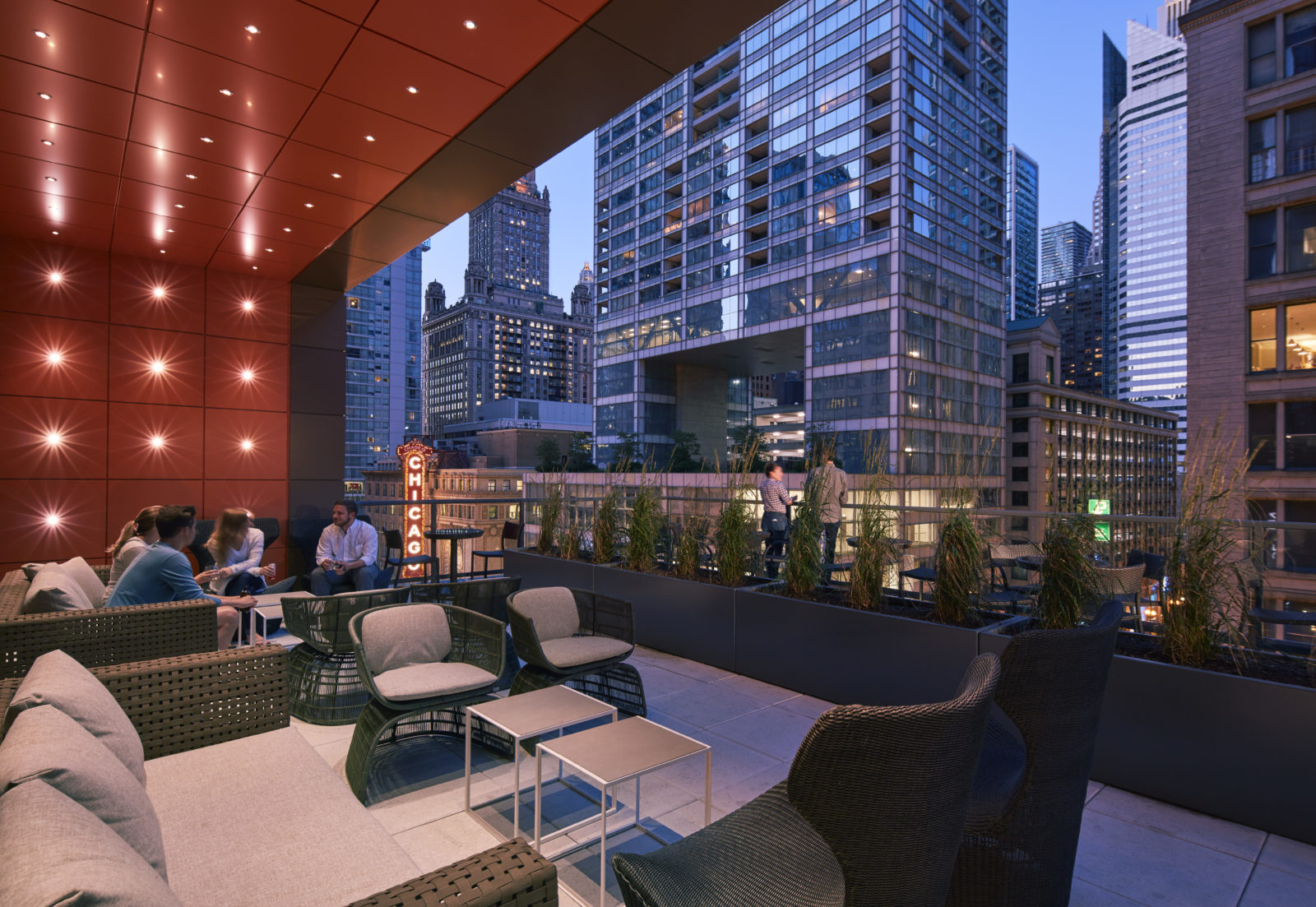 Another challenge derived from the original development brief, which allowed for a mixed-use hotel and residential tower. The brief called for ground floor shuttle elevators to transfer between floors of the respective hotel and residential tower lobbies, thereby limiting the area allocated for the ground floor lobby. In contrast to the existing brief, CIM Group required an all-residential program, with all levels to be accessed directly from the single, under-scaled ground floor lobby. SCB’s design team was charged with maximizing the allowable 900 units without use of a skylobby. SCB’s solution achieved 691 units, ultimately hinging on elevator configuration to maximize entitlements. 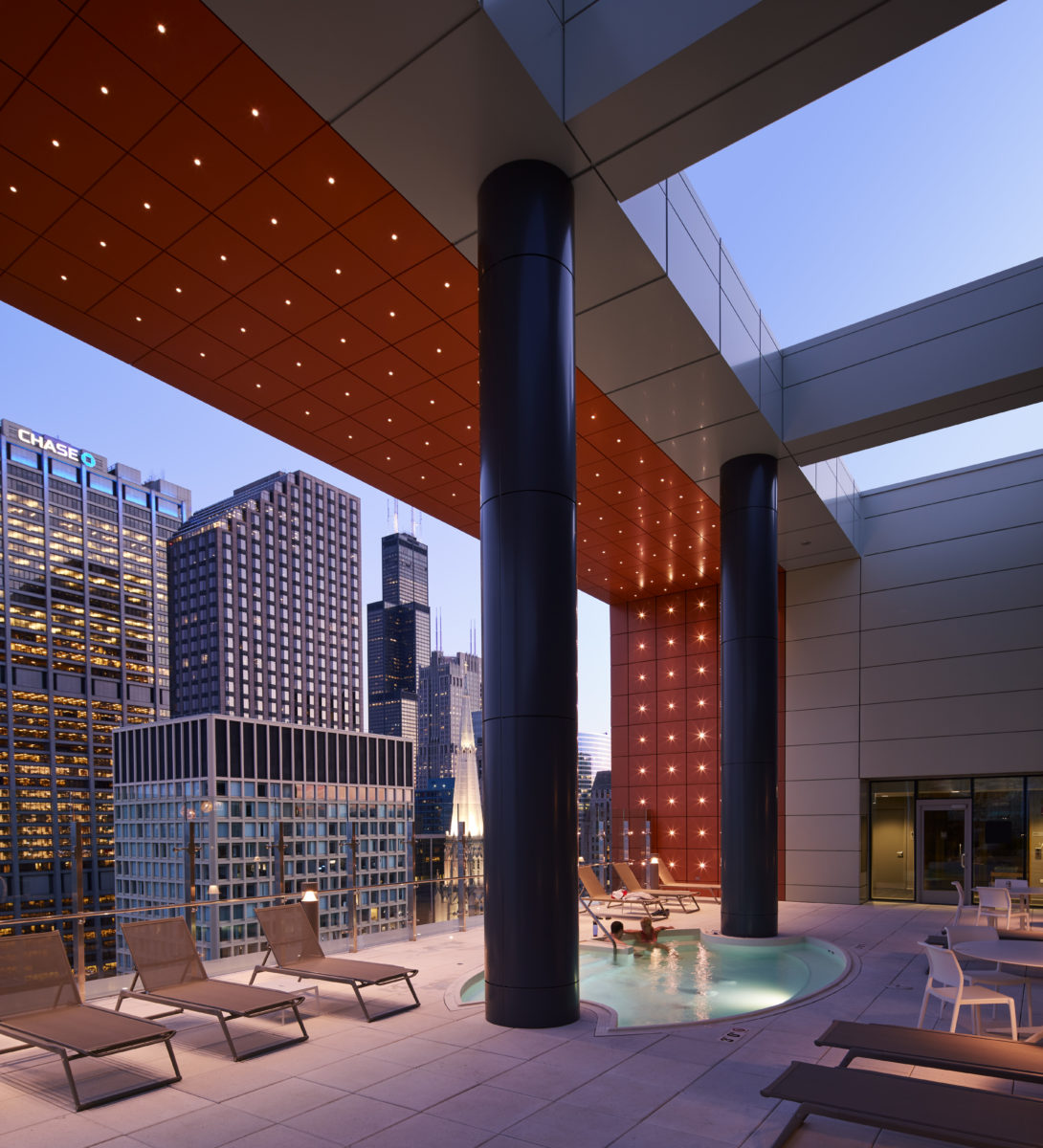 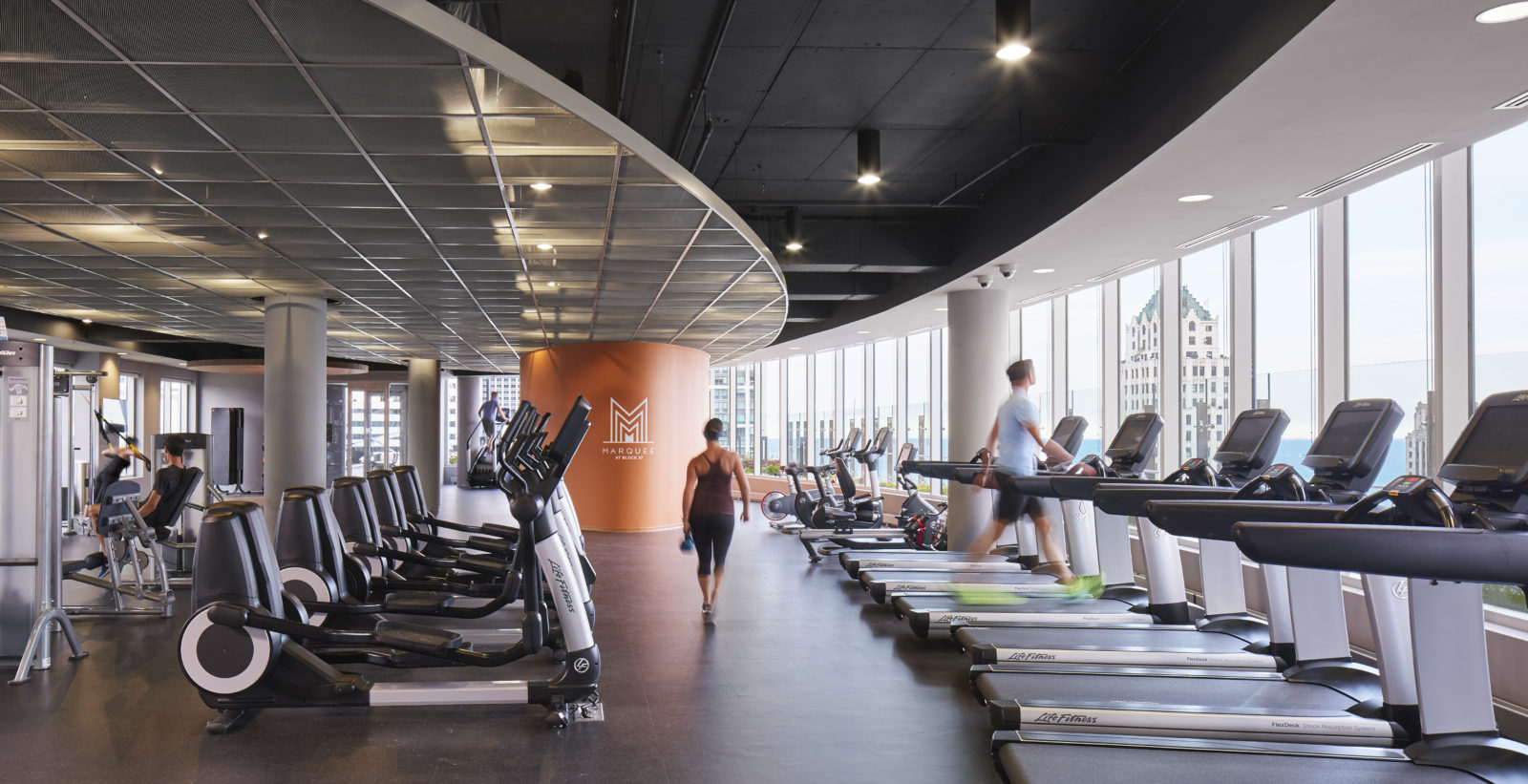