Rising from the base of San Francisco’s Bay Bridge, the two-phase, 1,250,000-square-foot One Rincon Hill development includes two 55- and 45-story unique towers containing 695 condominiums and 14 townhouses at the base of the towers. Designed as a catalyst for urban renewal, One Rincon Hill has set a new standard for urban living in the Bay Area.

At 641 feet tall, the building is the one of the tallest all-residential towers west of the Mississippi River. The South Tower (Phase I) has 390 units and the North Tower (Phase II) is composed of 319 units. To mark the last undeveloped hill in the city and to clearly punctuate San Francisco’s skyline, SCB’s design response placed the taller South Tower at the crest of the 100-foot-tall Rincon Hill. The lower North Tower is located on the hill’s downward slope. To preserve unit views and create visual interest, the towers were positioned diagonally opposite from each other. Stepping down the hill, townhomes connect and unify the two towers at their base and conceal the parking garage from street views.

In response to the Bay Area’s frequent seismic activity, numerous architectural and engineering design innovations were incorporated to achieve the towers’ desired height, slenderness, and to utilize a floor-to-ceiling glass exterior curtain wall.

The SCB design team incorporated a performance-based seismic design methodology into the taller tower’s design; this meant including four tuned liquid mass sloshing dampers, which are essentially large water tanks. Located at the top of the tower, the dampers minimize building movement from the wind and are outfitted for 24/7 monitoring. In addition, both towers employ a concrete shear core combined with four concrete outrigger columns. These are linked by four-story-high buckling restraint braces at two points within the towers. This system eliminated the need for upturned beams at the perimeter wall, enabling the use of a floor-to-ceiling curtain wall system. 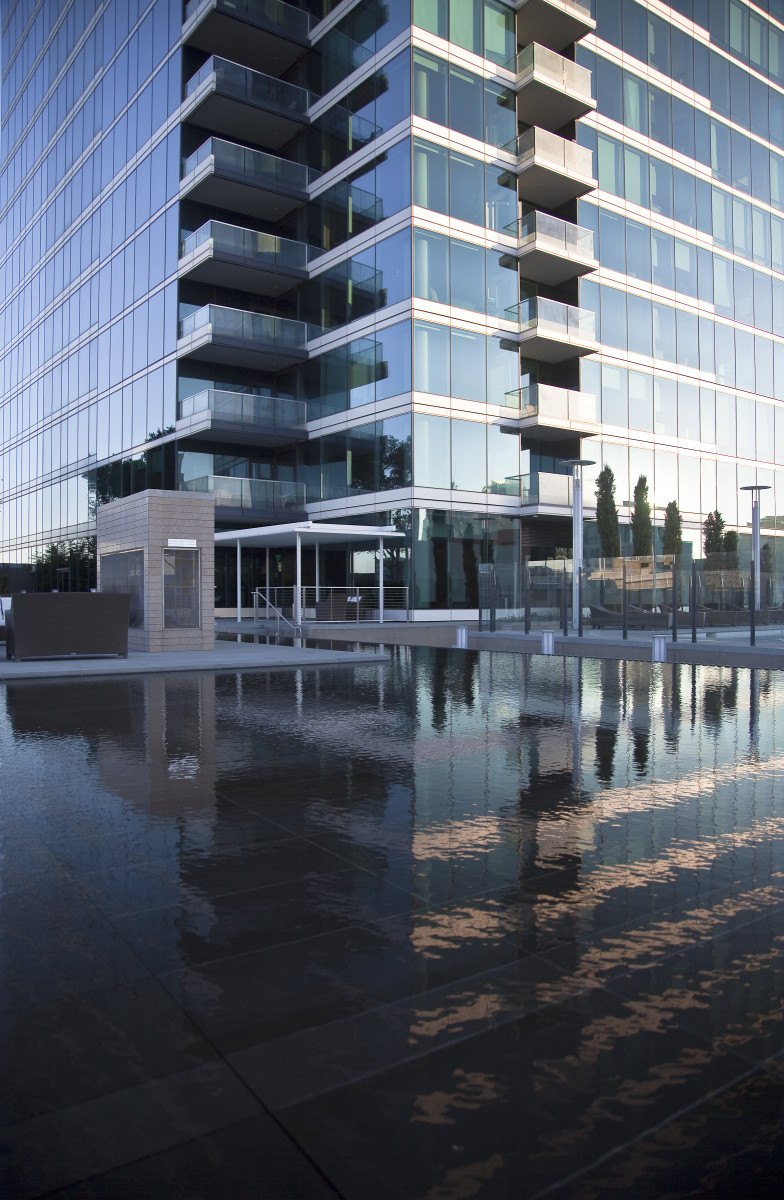