SCB developed a concept master plan for Prince Abdulaziz Bin Mousaed Economic City (PABMEC) to guide development of a new city in the northern desert region of Saudi Arabia. This new city will be located on 156 square kilometers of vacant land, approximately eight kilometers north of the existing city of Ha’il.

PABMEC is one of several new “Economic Cities” being planned and developed under the guidance of the Saudi Arabian General Investment Authority (SAGIA) to create new employment opportunities in the less developed regions of the Kingdom of Saudi Arabia. These Economic Cities will be supported by state-of-the-art infrastructure, community, and business facilities, and are designed to create more than 1.5 million jobs by 2020 and livable conditions for more than 2.5 million residents. Located at the crossroads of a number of existing and planned regional highways and a north-south railway from northern Saudi Arabia to Riyadh, PABMEC is expected to be economically driven by the development of a new rail line, new highway, new airport, and new multimodal dry port that will handle truck and rail cargo.

SCB’s master plan incorporates significant transportation improvements to establish a new city plan with a major industrial employment center, university district, commercial downtown, and residential neighborhoods. Phase One will be 28 square kilometers and is projected to bring more than 100,000 people to the city. The airport and train station will be key anchors. The terrain has numerous hills and valleys and is a key driver behind the design approach to layout roads to minimize site work. 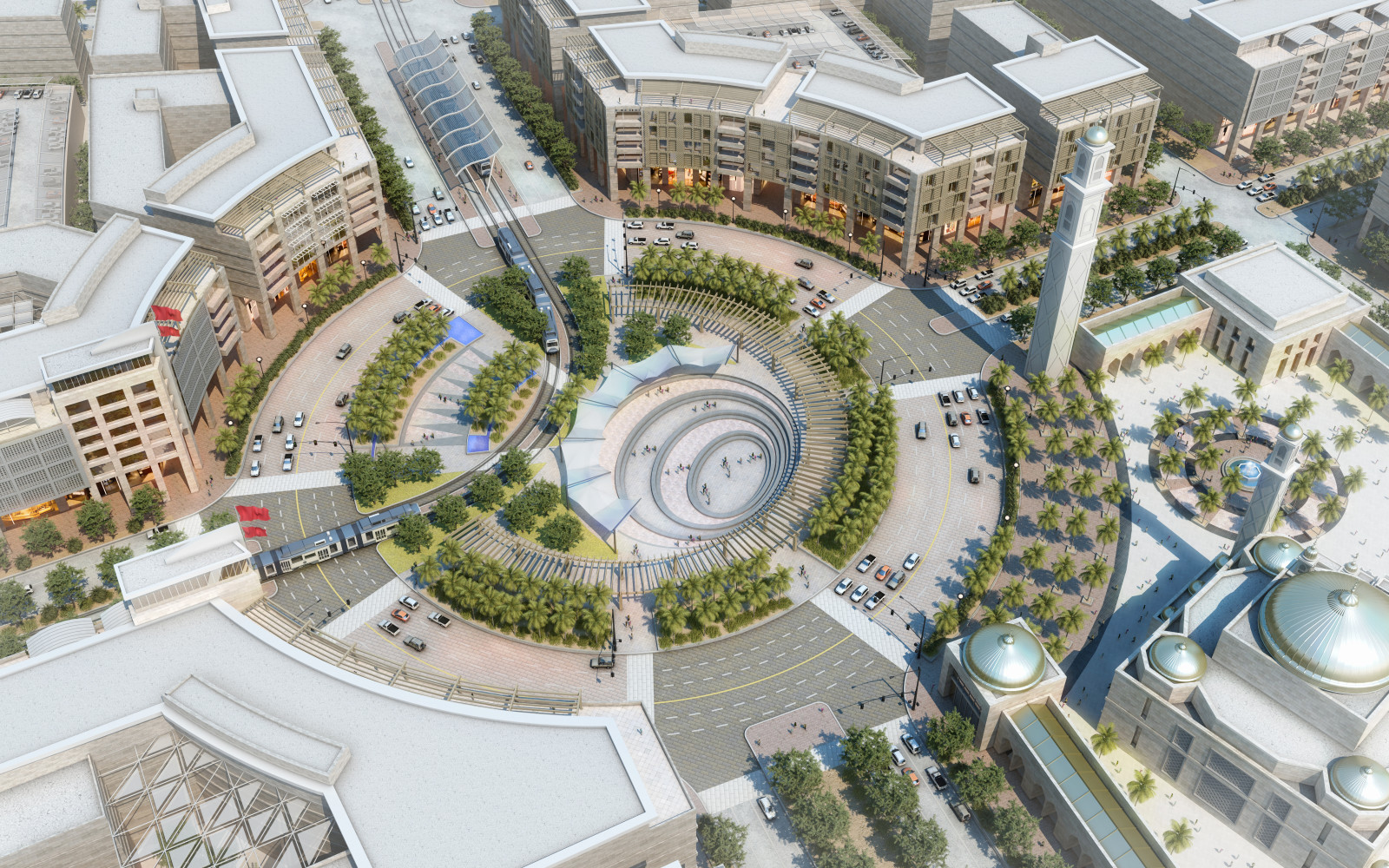 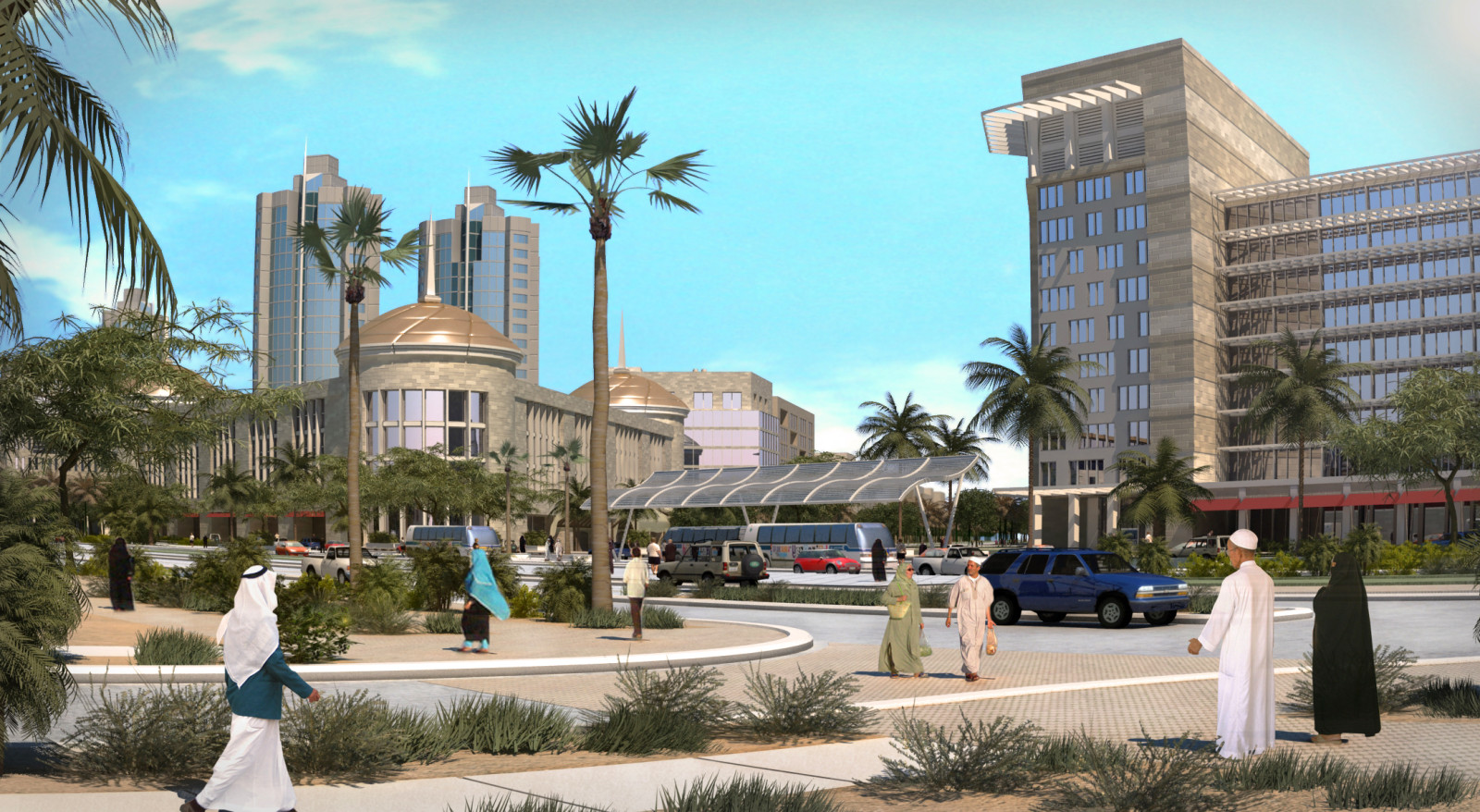 SCB’s unique approach to the design of PABMEC integrates best practices in urban design with sustainable strategies that leverage the site’s existing natural and physical assets in order to create a world-class, 21st century city. 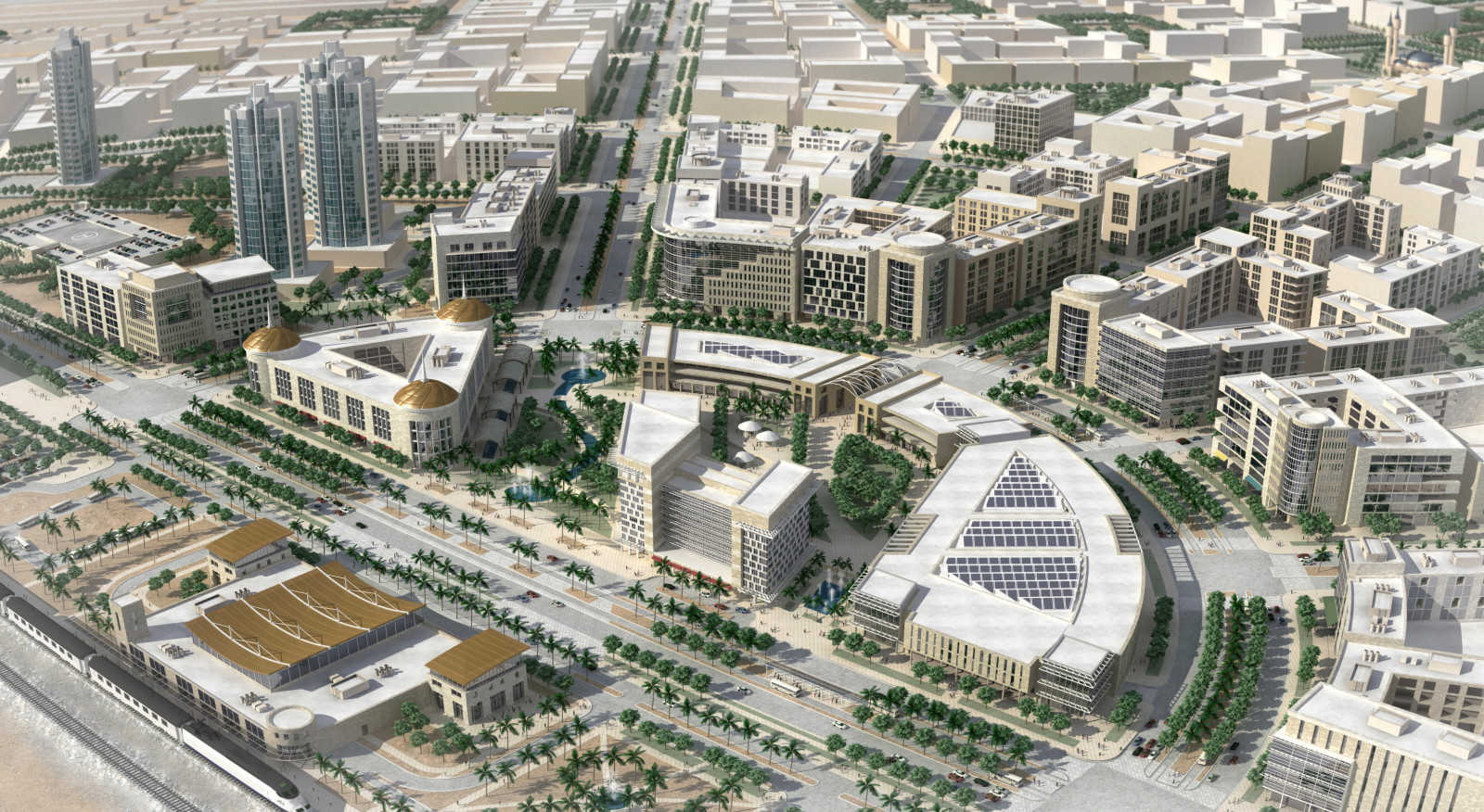