As a major catalyst for the post-industrial transformation of the Chicago River’s north branch, SCB prepared a multi-phased redevelopment master plan for the new River District, a 30-acre district between Chicago Avenue and Grand Avenue along the Chicago River. 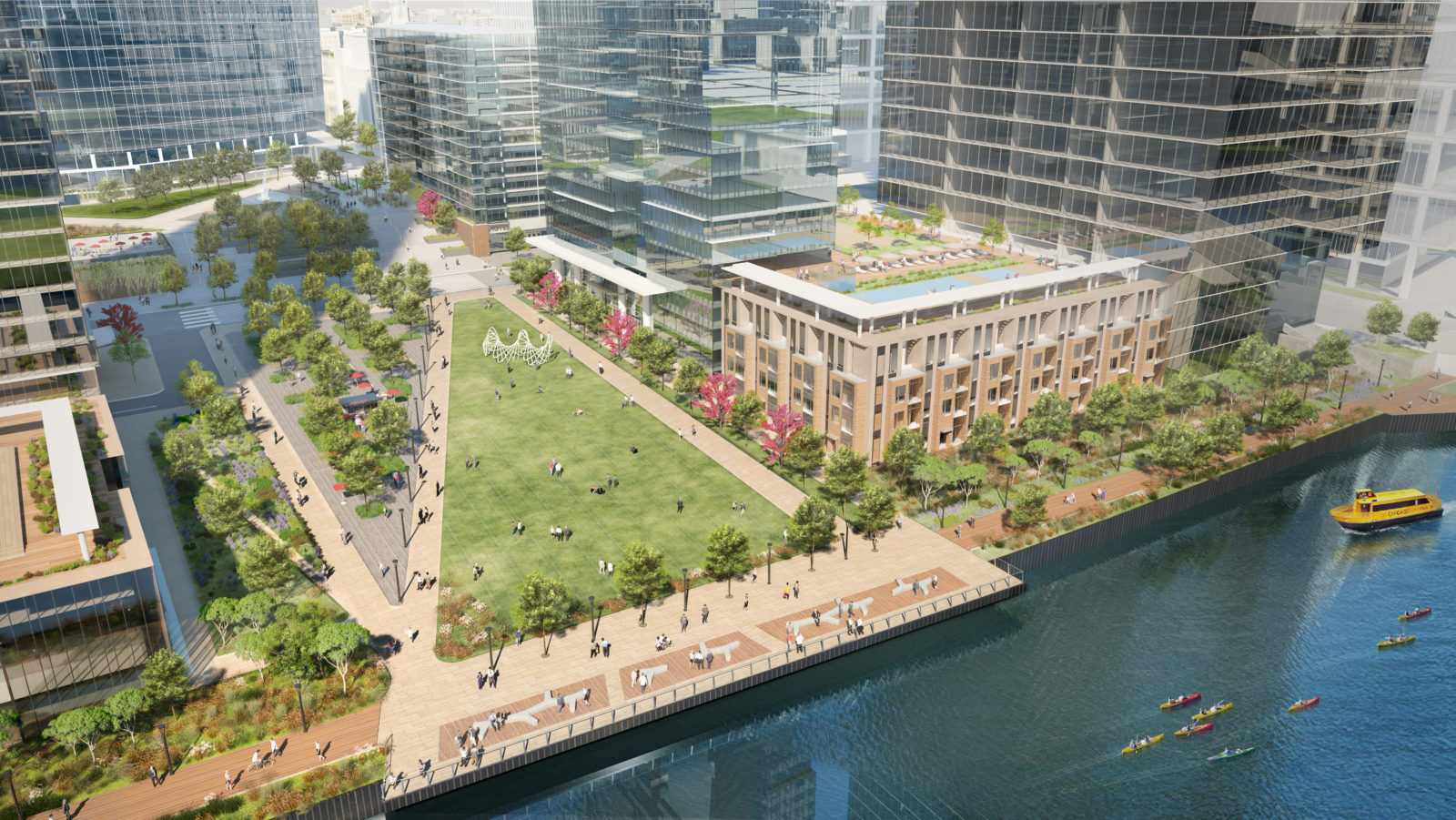 Drawing from best practices in urban planning and sustainable development, the River District is envisioned as an innovation and technology hub in the heart of the city’s “Tech Triangle.” 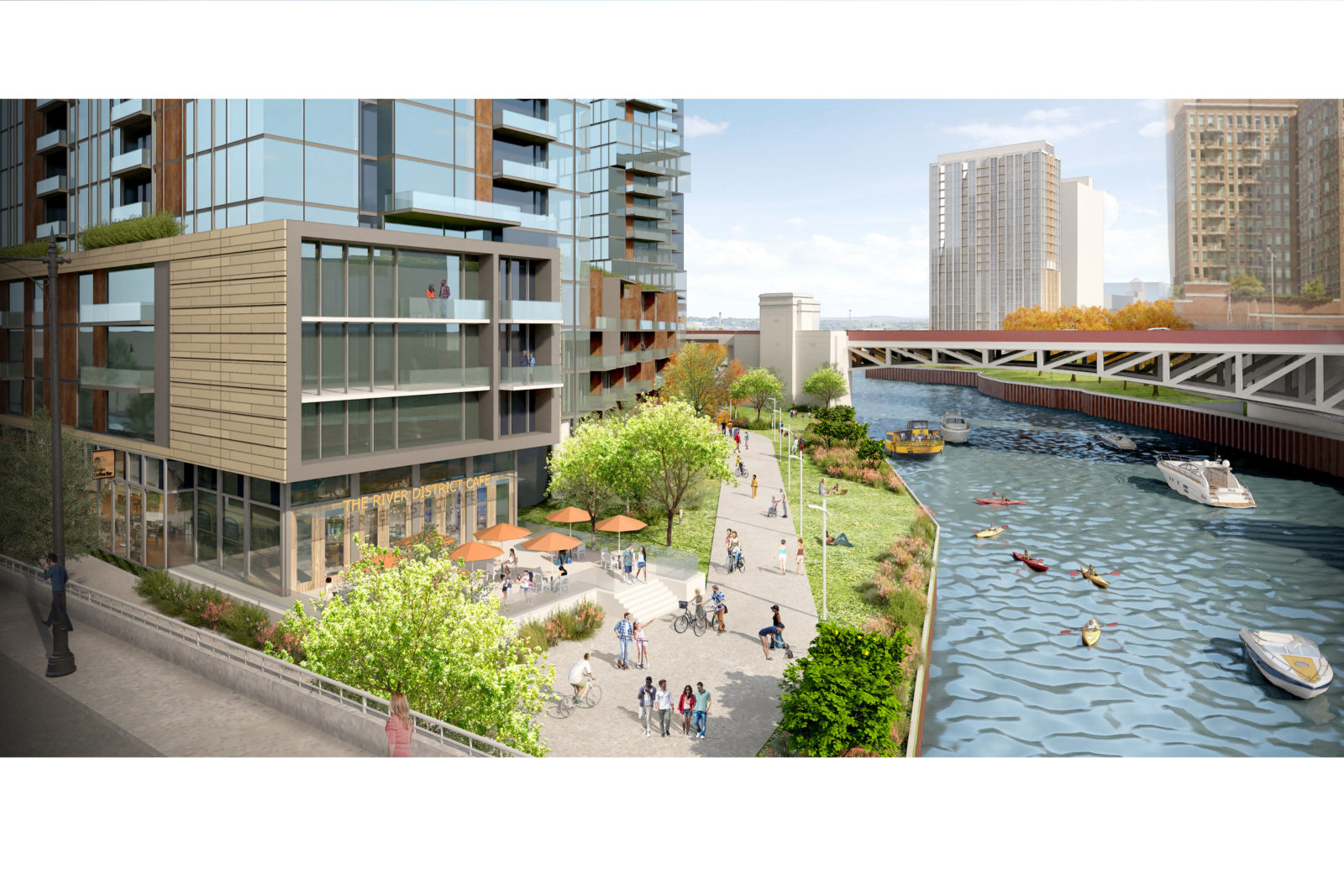 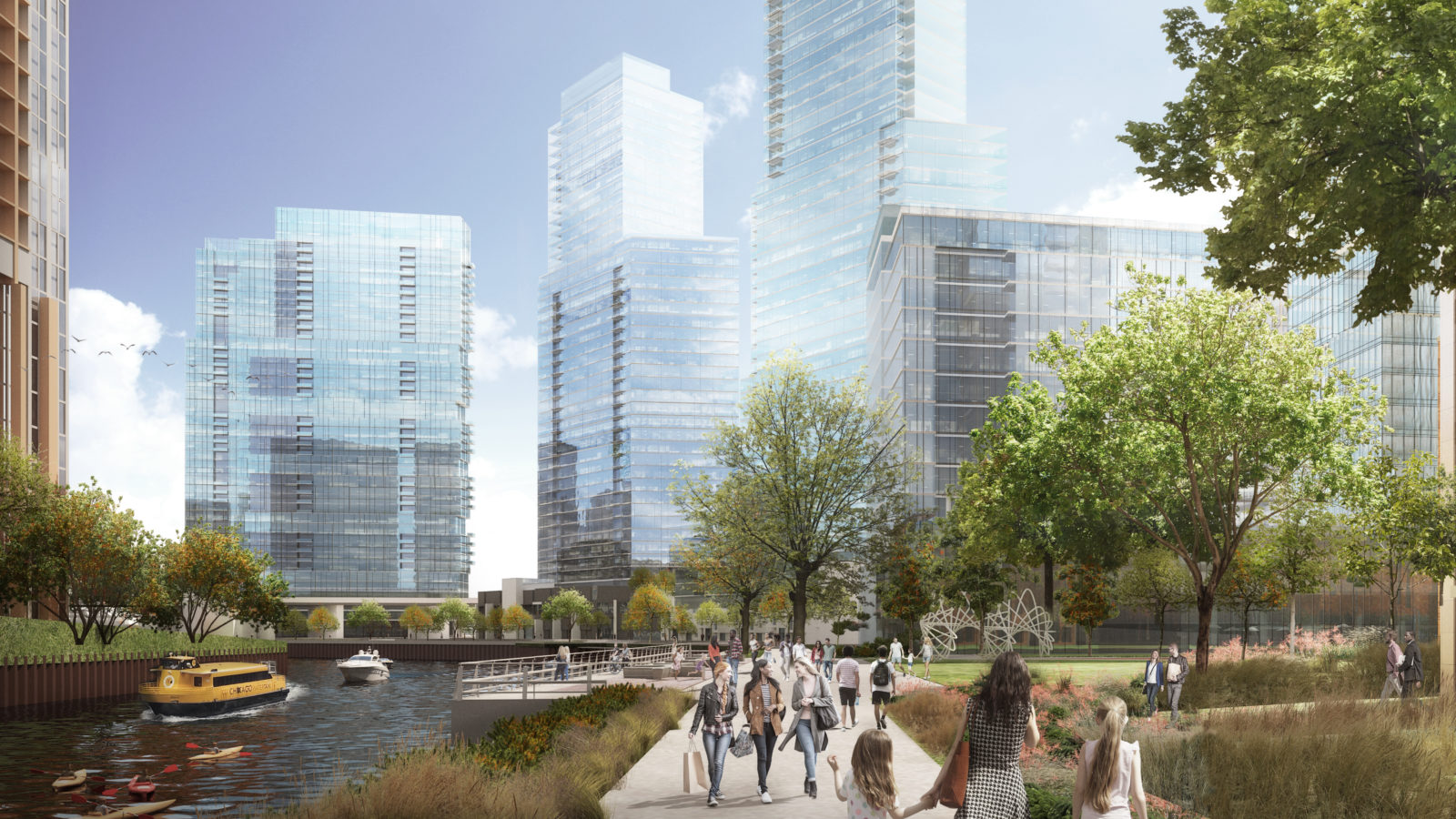 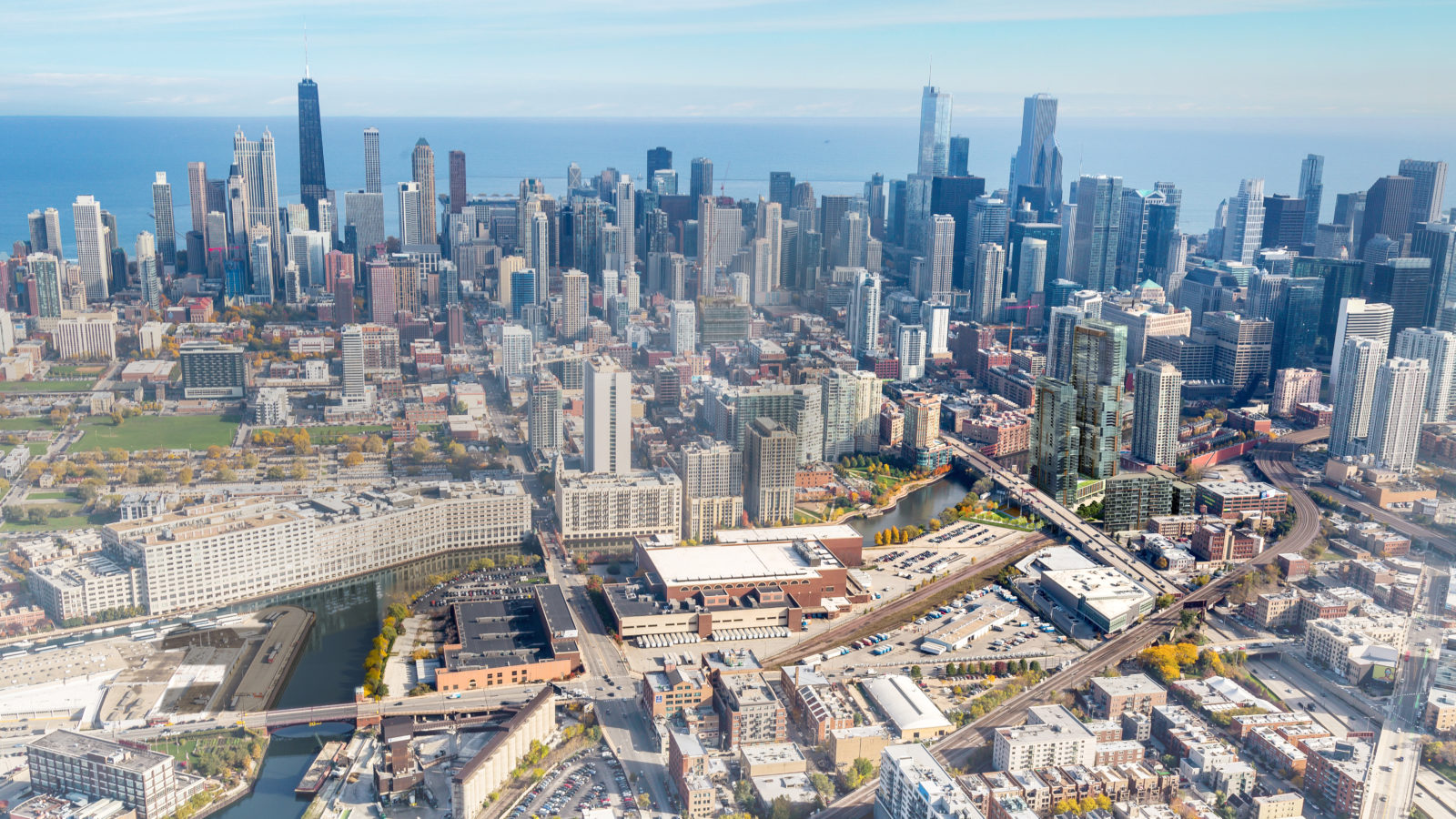 The river is the focal point of the master plan as the riverfront is an amenity for the entire emerging district. Forty-four percent of the site, 11.5 acres, is dedicated to publicly accessible open space. Nearly seven acres of riverfront improvements include a four+-acre, centrally located public park, half-mile long riverwalk, and pocket parks that activate the public realm and connect the river to the neighborhood.  The plan expands pedestrian, bike, and transit access by connecting to the city’s existing infrastructure on a technically complex site that includes rail right-of-ways and elevated roadways. 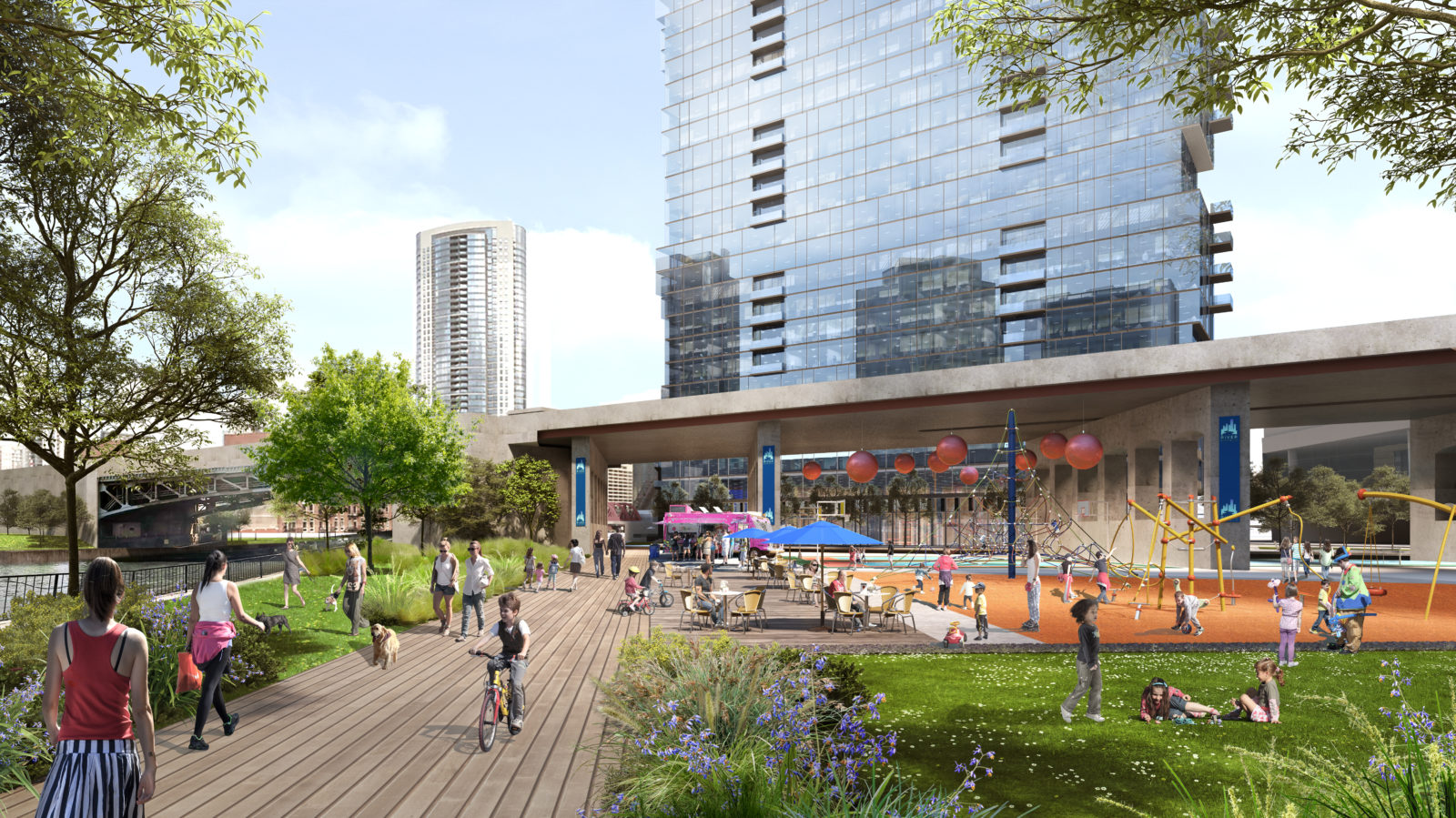 More than 8 million square feet of mixed-use development rights accommodate 19,000 jobs and 4,100 residential units. Over 18,000 construction jobs will be created during the build-out of the site. The current plan is expected to generate a $1.1 billion municipal tax benefit to the city over the next 20 years, approximately $60 million per year. 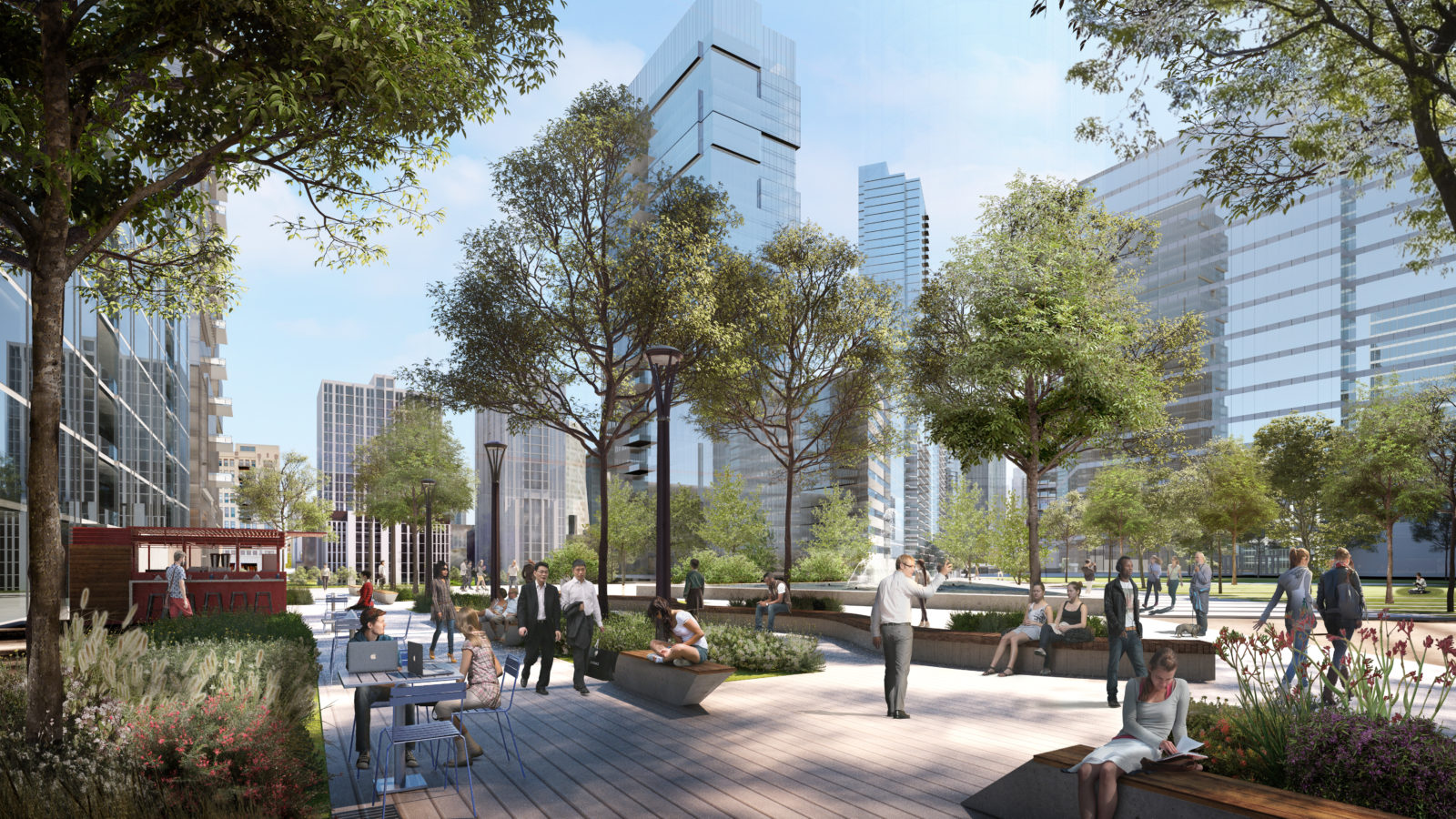 SCB worked with the land owner and the City of Chicago to rezone the site from industrial to a downtown mixed-use planned development. The plan was adopted by Chicago City Council in November 2018.